The following travel details are for informative purposes and will hopefully answer all questions and/or concerns about the club’s upcoming trips to participate in out of region or out of state tournaments.

Both parents and players need to review the following information and discuss it among themselves to ensure that they are in complete understanding of the policies and expectations that come with traveling as a member of NW Juniors Elite VBC (NWJE).

NWJE and its staff take the responsibility of traveling with a group of young ladies extremely seriously. We will have a zero tolerance policy for all players who violate any rule or code of conduct throughout the duration of the trip! From the moment that a player arrives at the airport to the moment that they leave it, each player will be under strict supervision by NWJE staff members & designated team Focals and chaperones. All members of the staff will have the authority to reprimand any player and all incidents of misconduct will be brought to our Director’s immediate attention – each trip will have a designated Travel Leader who represents the club and our directors. 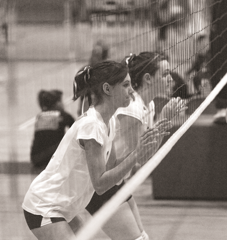 Players and parents need to understand that the overall purpose of this trip is to participate in a volleyball tournament. Team social activities will come second to tournament requirements. Coaches will ensure that players have the opportunities to receive at least eight hours of sleep per night and are eating three meals a day. Social plans will be made around each team’s playing schedule and sleeping and eating requirements.

Players must be in complete understanding that while they are under the supervision of NWJE staff members; they will act in a first class manner. Everyone wants to have an enjoyable trip and in efforts to do this, everyone must be in accordance with some very basic policies.

The following expectations are those that NWJE has for all players and teams when traveling to an out of town tournament. The club and its staff are working hard to maintain a first class reputation; therefore, its expectations are high and those who fail to meet them will suffer harsh consequences.

Any player who does not meet the above expectations will be reprimanded. Punishment may range from suspension from that specific tournament to suspension or expulsion from the club (may not be released from club to play elsewhere). Minor punishments will range from spending free time with the coach or chaperone instead of teammates to being assigned to sleep in the girls coach’s room rather than her originally assigned room.

Each rule infraction and misbehavior will be brought to the Director or Administrator's immediate attention. Player’s must remember that they are not only representing their team, but also NWJE. We want to be able to return to these tournaments, hotels and fly the airlines for future tournaments so please act and think responsibly.

HAVE A GREAT TRIP!