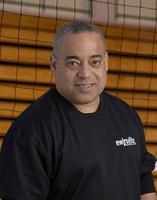 Tony has experience playing and coaching indoors and outdoors. He has been involved on the indoor part of the club since 1989 and has been involved in the growth of junior beach volleyball here in the Northwest since before the very first USA Beach Tour "Western Open". His NW Juniors-sponsored beach tournaments at Alki Beach are where the junior beach movement here in the area started.

In addition to regular indoor coaching duties, Tony offer his assistance to players in preparing for college and act as a liaison between the players and recruiters as the club’s recruiting coordinator.  He also oversees the direction and growth of our junior and adult beach programs and runs a Junior College beach championship event every May.

Tony is currently the head coach at Edmonds Community College and enters his third season back. He has extensive college coaching experience, having spent the 2005-2009 seasons at  Edmonds Community College (3 NWAACC Tournament appearances and a 3rd place in 2008); four years at Bellevue College (finished his career there with a record of 39-9 in the North Division and 124 – 76 overall, was voted coach of the year in the Northern Division in 2001 & 2002, and in 2002 was voted all-NWAACC coach of the year); and two years as assistant coach at Seattle Pacific University in 1999 & 2000.

Tony has been involved with Northwest Juniors VBC since 1989 and has been the director of the club since 2000.  Over the years, Tony has taken several teams to YJOV National Championship events.  Tony’s responsibilities also include coaches education and beach programming.